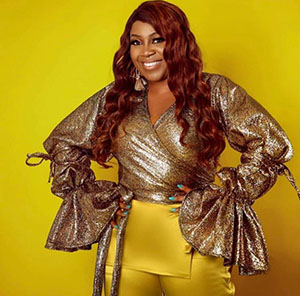 Glowreeyah remembers that there was always music in their house, and this is how music became an essential part of her life. Her father could be playing the piano for hours after work, and her mother could play some French or folk music. This helped little Glowreeyah to develop her music taste.

Glowreeyah has been in the music industry for many years. One of the notable moments was her performance at the gospel music concert “Experience 2013”, which is the most known and celebrated annual show for gospel singers. She wrote scripts for the educational TV program for children, which is called “Sesame Square”.

She became famous when she released her debut album in 2014, called “The Expression. ‘’. Glowreeyah says that every song that she releases is supposed to represent a certain event in her life journey. For example, the hit song “Miracle Worker” was inspired by her little niece’s comatose experience – she was in the hospital in America for three weeks, which was a huge shock for the family.

The song “Covenant Keeper” was influenced by the concept of facing a large family issue, for example losing someone close in a plane crash, being rejected, overcoming an emotionally draining relationship, etc. Glowreeyah Braimah is sure that the album “The Expression” is certainly a huge expression of herself and the evidence of her sacrifice and worship of God.

The single “Covenant Keeper” was produced by GospelOnDaBeatz, who has worked with many gospel singers.

Of course, Glowreeyah Braimah is also an active organizer of various charity campaigns and events. For example, she founded The Starbeam Foundation, which focuses on helping children, youngsters, physically challenged people, and elderly ones who are in need. She was involved in a campaign called “Random Acts of Care and Kindness”, and she also often performs with public speeches at the forums for young women. This singer has definitely got a great heart full of love, which she is eager to share with other people.