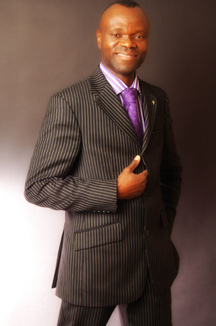 Pastor Clem Esomowei is the senior pastor of Triumphant Church International, London, United Kingdom with Apostolic oversight over branches in Durban South Africa, Port Harcourt Nigeria and Cape Town South Africa and outreach centres in other parts of the world. He has wholly dedicated himself to the service of our Lord Jesus Christ and to the body of Christ.

Pastor Clem since he committed his life to the Lord has consistently served the Lord in various capacities of leadership. He is well respected outside and within Church circles as a man of integrity preaching and living the uncompromising word of God.

He has a deep yearning for total restoration and increase in the lives of the “up and out” and the “down and out” and has seen many set out in the paths of righteousness, victory and triumph. He reaches millions through his weekly telecast “The Destiny Highway”, passionately leading many to their God given destinies.

He is married to Marjorie Esomowei, his wife of over 30 years and they both are active in the service of our Lord Jesus Christ. Before his call to full time ministerial service, Pastor Clem served as a qualified pharmacist with a major British conglomerate. He has written a number of books his latest two books “Making Progress” and “Divine Decrees” are touching lives immensely.

Pastor, President and Founder of Wisdom for Women Int’l. 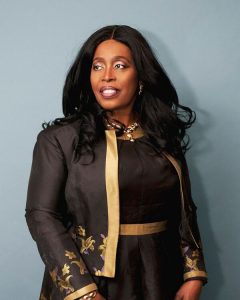 Reverend Marjorie Esomowei is a certified Coach, Trainer and Speaker. She is the author of several books and study manuals. She is also a graduate of Economics from one of Nigeria’s premiere Universities, Ahmadu Bello University Zaria and an Alumni of the Oxford University Said School of Business. Before joining her husband in full time Church Ministry, she was a very successful Investment Banker.

Marjorie is an ordained minister and Co-Pastor/ Founder of Triumphant Church International in London, England. She and her husband of over thirty-five years, the Reverend Clem Esomowei, minister together, having Apostolic oversight of Churches and outreaches in the United Kingdom, Europe, South Africa and Nigeria. As a profound teacher of God’s word and a prophetic intercessor, her ministry is characterised by signs and miracles.

She is also the president and founder of the dynamic WISDOM FOR WOMEN INTERNATIONAL, W4WI the prolific WISE WOMEN AWARDS, COMFORT HOME ORPHANAGE and ILEAD ICHANGE AND IINFLUENCE, which is the mentoring and coaching arm of W4WI.

A dynamic, proactive, ingenious and resourceful woman. Pastor Marjorie is a natural leader whose abilities have been enhanced with almost forty years of being in leadership, both in the Ministry and the marketplace and this makes her a sought after International conference speaker.

Recently listed on the Keep the Faith magazine hall of twenty Most Influential Black Christian Women in Great Britain, Pastor Marjorie is a recipient of several awards and has made appearances on BBC, ITV, and many Christian TV, Radio channels and print media.

She is a loyal friend, mother, pastor, mentor and confidant to many.

There are no upcoming events.

There are no upcoming events.